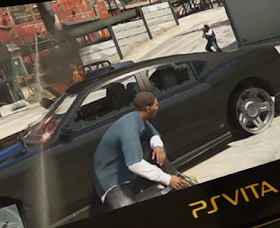 The trademark raises a lot of questions, it could be the name of the up and coming GTA V DLC. Or it could simply be the first step towards an exclusive Grand Theft Auto game for PS Vita since the previous uses of the "City Stories" tag were PSP games. We believe a GTA game on PS Vita could be the spike Sony was looking for in its portable console sales.

However the trademark could also mean nothing, Take-Two could simply have just purchased the name to prevent issues in the future.

What does the trademark mean? Let us know your thoughts in the comments below!